How the meaning of Christmas today can be revitalised from an unexpected source: the symbolism of virgin birth.

We can count on two things every time the Christmas season comes around: non-Christians dismissing the Christian story as laughable myth, and Christians displaying hypocrisy –that most characteristic vice– with regard to the place of Christmas in the public square. Most commonly, we hear certain Christians complaining both that Christmas has become too commercial and, at the same time, that it is being banned. Meanwhile the atheist’s favourite is to mock St. Joseph’s gullibility in believing Mary became pregnant without another man involved. Each of these views have inconsistencies: if you want Christmas to be prominent in the public square, you are going to have to accept it being commercialised, and likewise, if you want to criticise the biblical story then you must acknowledge that God telling Joseph that Mary remained a virgin in conceiving Jesus (Matt. 1:20-21) is an equal part of that story. (Because of issues this raised by this theme, here is a footnote defending women’s sexuality.1)

Popularised and demythologised though Christmas is, can the meaning of our holiday today still be informed by the Bible story? Perhaps we can begin with the example of the biblical scholar Marcus J. Borg. Despite identifying as a Christian, Borg read the Easter story of Jesus’ resurrection in a symbolic way, like a parable. It is easy to do this with resurrection, of course, because there are cycles of dying and rising throughout our experience, as well as examples of sacrifice and transformation. But how we would read figurative significance into Mary’s virginal conception of Jesus is less obvious, and I am not aware of Borg having explored this. 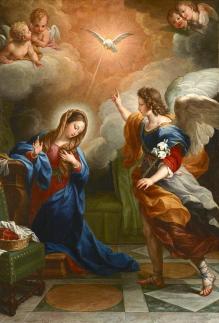 During the advent period several years ago, Borg lamented that in Christian discourse the true meaning of Christmas has been eclipsed by the miraculous. He considered the narratives of Jesus’ birth and infancy to have been created by the Early Church, not as fabrication, but as mythological expressions of the Jewish Christians’ new hope found in Christ. They present Jesus as “the light in the darkness, the new Moses who confronts a new Pharaoh… [and is] the way of return from exile”.i But this does not bring out the full significance of the Christmas story for gentiles, nor does it explain the centrality of the virginal conception in particular.

Similarly, Kyle Roberts observed that for the esteemed theologian Jürgen Moltmann, “the infancy narrative is a legend with great theological meaning, whereas the virgin birth itself is a dispensable miracle account [which is] an interposition from later, post-resurrection, understandings of Jesus’ divine person.”ii But a problem for this is that Islam, while strongly insisting that Jesus is not divine, nevertheless upholds the teaching of the virgin birth. For Muslims this miracle is symbolic of both Jesus and Mary being especially blessed by God. But the virgin birth not being an important part of the Christmas story for Moltmann or Borg may be because of their Protestant perspective, and it is to Catholic mysticism we will turn to explore the spiritual message of the story.

In the Early Church a symbolic understanding of the virgin birth developed. This was not a replacement for believing the miracle happened, but an additional meaning that scripture spoke into people’s own lives for their spiritual growth. In other words, this was not about believing things that happened to other people in the past, but undergoing transformation yourself in the present. (This is why traditional depictions of Mary with her baby represent Jesus as a wise miniature adult, they were not made for spectating into history but as icons of enlightenment and love to be entered into now in meditation.) The symbolic meaning of the virgin birth is in terms of being born again in Christ –baptised– which of course is definitional of Christian identity. Indeed, when Jesus gives this invitation to be born again (John 3), he makes it clear that this is a spiritual birth, not physical birth that would need be precipitated by sexual intercourse. So in this sense, to start with, being born again can be a virgin birth, in common with the story of Jesus’ own birth.

Moreover, beginning with the Church Father Origen of Alexandria (c.185-254 CE), many writers took up the view that for Mary to bear Christ into the world physically she first had such a spiritual ‘virgin birth’ of Christ within. And what is significant about this giving birth to God in the soul rather than the flesh, is that it is a privilege which need not be limited to Mary, but can be shared by others who have been born again.iii Hence, a spiritual message which Christmas celebrates is that we all have the potential to give birth to divinity within, and bear God into the world.

We all have the potential to give birth to divinity within, and bear God into the world. These strong words provoke polarized reactions. At one end, this mystical approach is refreshing because spirituality in Christianity is so often eclipsed by the spectacle of the miraculous, experience is swallowed by dogmatics. But to another audience this sounds like woolly new age nonsense, which scandalizes as ‘obviously’ heretical. Yet mystical union with God has always been a vital current of Christian theology, acknowledged in many places in scripture,2 and rooted in the experience of generations of saintly people. Which is how this approach of spiritual virginity and mystical birthing is part of authentic Christian tradition, albeit one that has been forgotten since the Reformation. Indeed, it has further scriptural basis in a passage of St. Paul that appears as moral rhetoric, but when read in the plain sense is also a profound mystical statement:

“anyone united to the Lord becomes one spirit with him… your body is a temple of the Holy Spirit within you… therefore glorify God in your body.” (1 Cor. 6:17-20) 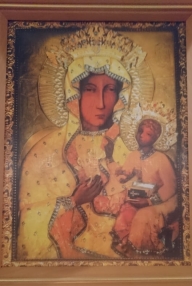 Hence the notion of birthing is not as distant from mainstream Christian understanding as it might first sound. Christians regularly refer to Jesus’ promise that “where two or three are gathered in my name,” he is “there among them” (Matt. 18:20), often understood in terms of the church as the incarnational presence of the body of Christ. So whenever this presence comes to dwell we could already call that a birth. The key innovation of the mystical tradition was to develop the maternal aspect implied by this notion of birth, and to do so in line with the biblical image of virgin birth. And in line with spiritual purity as a path to union, as in the beatitude “blessed are the pure in heart, for they will see God”. (Matt. 5:8)

In the further parts of this article I elaborate this tradition and its relevance for Christmas by focusing on the interpretations of two mystics. Firstly the medieval Meister Eckhart, and then the contemporary John Martin Sahajananda. If you happen to have any further objections to this theology before I do so, please refer to this footnote.3

1 It is sometimes said that Christian spirituality promotes the sexual repression of women, modelled as it is on the ideal of Mary the mother of Jesus as virgin. We must acknowledge that sadly this has often been the case. This is both throughout history and in recent years with some Christians promoting a ‘purity culture’ to young people, a culture that has venerated virginity to an unrealistic and damaging extent, leading to people being shamed, and being exposed to unsafe sex because their educators failed to educate them. It is heartening to see this apology from former leading ‘purity culture’ advocate Joshua Harris for the damage he now recognises the movement caused. Unsurprisingly, this damage falls disproportionally upon females, while male sexuality is subject to less scrutiny and taboo.

But for the purposes of this article we must note that such repression is a result of patriarchy, which –while often perpetuated by Christians– is not itself essentially connected to the Christian concept of chastity (as spiritual growth through detachment from lust), practised as it was by the ‘masculine’ Jesus as much as by the ‘feminine’ Mary. Which is to say, seeing virginity as an ideal does not necessarily lead to sexism and abuse. In any case, this article is not about such an ideal, but ‘virginity’ as a theological metaphor.On a related note, in places I refer to both God and to humans by the pronoun ‘him’ because this harmonises with the language used in the sources which I quote, and is not intended to privilege males over females.

3 After the patristic period, the theology of birthing became popular again among 11th century Cistercians such as Bl. Guerric, Abbott of Igny. And we should not engage in the fallacy of guilt by association by dismissing the idea because it was shared by Origen, and in the later medieval period most famously by Meister Eckhart, both of whom had views which were posthumously condemned by the Catholic Church. This would be fallacious because in both cases birthing is separate from the views which were condemned. Origen, as a pre-Nicaean Father, remains a crucial source of much theology in the Early Church. And although a ‘bull of condemnation’ was issued against a list of other statements of Eckhart, even then, this document said that an orthodox interpretation of those statements could be given if they were not read in their plain literal sense (Biaggi, p. 4 footnote).

So while such guilt by association may help to explain why birthing was largely forgotten, such fallacies cannot justifiably be used to dismiss it as ‘heresy’. Indeed, in so far as Catholicism is concerned, Guerric of Igny and Eckhart’s pupil Bl. Henry Suso (who popularised his ideas on birthing) would not have been beatified by the church (an honorific status lesser than sainthood) if this were heretical. The conservative Christian writer and traditionalist Catholic, Peter Kreeft, also refers to mystical birthing approvingly in his The Philosophy of Jesus, (2007), St. Augustine’s Press, p. 92.

i Borg, Marcus, (2014), ‘Has Christmas Been Swallowed by the Miraculous?’, URL: www.patheos.com/blogs/marcusborg/2014/12/has-christmas-been-swallowed-by-the-miraculous

ii Roberts, Kyle, (2014), ‘The Excessive Miracle of the Virgin Birth (and Should We Believe it?)’, URL: www.patheos.com/blogs/unsystematictheology/2014/12/the-excessive-miracle-of-the-virgin-birth-and-should-we-believe-it